February 21st is the big day 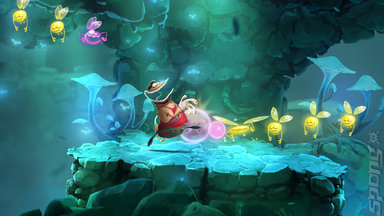 That's right, one of the highest rated games of 2013, Rayman Legends is set for release on Xbox One and PS4, with an earlier release date than expected.

Originally announced for February 28th this year, it'll be hitting store shelves one week prior to that on the 21st.

The game itself will come with upgraded graphics and lower loading times between maps, and players on both platforms will also get exclusive access to new costumes for both Rayman and Globox: Splinter Ray, Ray Vaas and Globox Vaas on Xbox One; and Assassin Ray on PlayStation 4.

On top of that, players will also be able to purchase the Funky Ray costume with Uplay points, and will receive 'exclusive features' on their platform of choice.

Xbox One users will have access to 10 exclusive challenges which will allow them to unlock time-limited Achievements, whereas PS4 gamers will be able to use the controller's touchpad to scratch Lucky Tickets, as well as continue playing their game on the go with their PS Vita.

Is that not enough Rayman for you? Why not head over to our dedicated game page for more info?
Companies: Ubisoft
Games: Rayman Legends