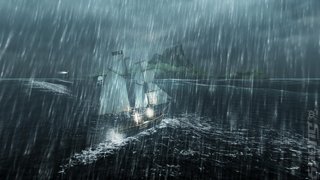 As fans of the series will already know, Assassin's Creed Pirates is a mobile installment in the AC franchise. Today, the title received its first major update, offering new missions, achievements and exploration.

The bulk of the update gives players a brand new campaign mission, as well as ten side quests to complete. As you progress, you're able to explore the new scenes and unlock new ships for your sea voyages.

The overall difficulty has been raised, and the new map will be the most challenging section of the game. Also, new defense and dodge mechanics have been added, giving players the chance to destroy cannonballs mid-fire and allowing them more freedom when it comes to counterattacks.

Alongside this, there's a new social aspect to AC Pirates, which allows players to measure up against their friends for a bit of light competition.
Companies: Ubisoft