Not just that... it does it during a pro qualifying tournament 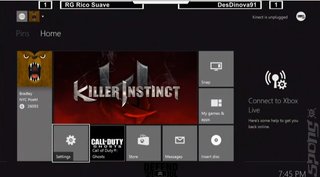 One of the huge, huge causes of early Xbox One pre-launch hate was the 'always on' nature of the DRM (Digital Rights Management) that Microsoft required. It was made to go away in the face of extreme consumer hatred. It seems, however, that it didn't go away.

At least this is the case for some pro gamers playing Killer Instinct recently. Those guys were hyped and ready to in a qualifying bout for a big deal tournie when, "Wham!" they are kicked out of the game due to be offline. You can watch the whole thing unfold in the video below.

The problem here for the platform holder and the game's publisher - both Microsoft - is that the entire charade was caught on film as it was played out live via Twitch.tv. Now, given that when the Always On stipulation was removed, publishers said that Microsoft had suggested it be used in the first place. Microsoft was tight-lipped. Seems that the publishers might have had a point.