Says it will benefit from next-gen 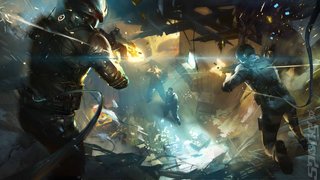 Ubisoft has confirmed that it has thrown out the work done on the original iteration of Rainbow Six: Patriots and started again with next-gen consoles in mind.

The game's future was looking uncertain earlier in the year, when it was confirmed the title wouldn't land in 2013 and that the Rainbow Six franchise, but not necessarily a game called Patriots, would hit next-gen platforms. Now Ubisoft's North American president, Laurent Detoc, has confirmed to IGN that development on Patriots has been restarted from scratch.

?We had a core team. They had a good vision. They got started, and then the game wasn?t working. So [they had] to start again,? said Detoc. ?There?s an editorial group in Ubisoft, a big group, very influential. If the game is not good enough, they say it?s not good enough. Most of the time, the team will say, ?yeah, I know.? But sometimes they want to continue in a direction where you say, ?no, it?s not going to work'."

He said that, ?Rainbow had to be remade. Now they?re going to have the benefit of the new consoles, if and when it comes out. It?s one of those examples where you try, it doesn?t work, you try again. If it doesn?t work, we?re not going to bring it to you.?

Note that he said 'if and when it comes out', and the strong suggestion that it won't hit the PS3 and Xbox 360.