Writer moves over for RPG Killzone? 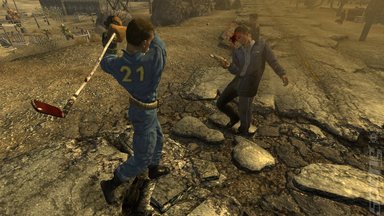 All Images (2) »
John Gonzalez has left his role as lead writer on the RPG, Fallout: New Vegas to join Killzone maker Guerrilla Games indicating a further move to a Killzone RPG.

A Neogaf poster noted the move which now sees Gonzalez as:

VG247 picked it up and noted that, "Gonzales joined in September..."