Check out all the details on this stealthy Square release, as well as the Euro packshot, exclusively here. 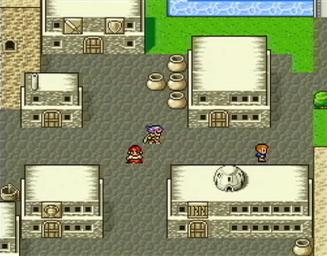 All Images (5) »
We have learned that SquareSoft Europe will be releasing a different version of Final Fantasy Anthology to the one that graced America and Japan last year.

As you may or may not know, Square is poised to release Final Fantasy VI into Europe soon, as a stopgap for fans waiting for Final Fantasy X. FF VI is a port of the SNES original, with some swanky FMV thrown in for good measure.

Now, previous versions of Final Fantasy Anthology contained both FF V and FF VI. So imagine how perplexed we were when we saw both FF VI and Anthology on one of Square?s internal release schedules.

We can now exclusively reveal that the European version of Final Fantasy Anthology will comprise of Final Fantasies IV and V, or four and five to the non-Romans out there.

This means that Square will be releasing two separate titles in Europe, that originally made up the Japanese release known as Final Fantasy Collection. Still, at least Square?s trying!

Look out for more on all these games soon, and just you remember where you read this first!
Companies: Sony Square
Games: Final Fantasy Anthology: European Edition