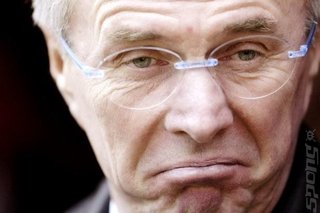 Electronic Arts knows its strengths and weaknesses and it can be ruthless in letting go of the latter, just ask former company president John Riccitiello. The latest head on the block if FIFA Manager.

"The football manager genre at this level of sophistication is highly specialised and primarily played in two countries (England and Germany), in which ? on top of everything ? one game has practically dominated the market in recent years.

"The niche market and general trend toward online and mobile games were also contributing factors. Moreover, FM had reached a crossroads at which a new engine and/or corresponding online technology would be the only way to give the series a boost. When all these factors were evaluated, it led us to the decision to blow the final whistle," was the nub of the matter according to Köhler.

For his part a man who could have crowed loudly about killing the game series, didn't. Here's the gracious Miles Jacobson of Football Manager fame.

Sad to read that FIFA Manager is no more- was always good to have something different in the genre for people wanting to play single player.