Sony's done very well indeed with sales of PS4 in the USA... so there. 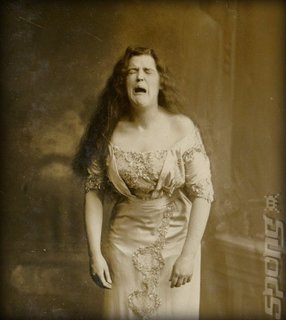 The simple facts are that if we want decent console games then there has to be more than one console. Also, if we all want competitive game prices, we need more than one successful console. Also, as websites with advertising go, we all need consoles to compete. So it's good news all round that the PS4 is going well at launch in the USA. Fact.

"But what of the failure rates in thousands of PS4s! You bias bastards!!!?" we hear some of you screaming in our ears. "What about those!" Statistical noise that's what. Read on.

IGN has reported that, "A handful of people have reported issues with their PlayStation 4 systems," the term 'a handful' in fact comes directly from Sony.

Now, PS4 has - according to MCV - "exceeded the million units sold milestone in its first 24 hours at retail, Sony has announced.

"The figure only accounts for US and Canada purchases, as North America is the only territory the console has currently launched in."

That means a handful is still quite a few (unless Sony means shipped of course).

Sony, however, states that: "“This is within our expectations for a new product introduction, and the vast majority of PS4 feedback has been overwhelmingly positive.

“We are closely monitoring for additional reports, but we think these are isolated incidents and are on track for a great launch.

“There have been several problems reported, which leads us to believe there isn’t a singular problem that could impact a broader percentage of systems. The number of affected systems represents less than 0.4 per cent of shipped units to date, which is within our expectations for a new product introduction."

We look forward to the launch over here on November 29th.
Companies: Sony

Reason 19 Nov 2013 15:41
1/2
I like how you leave out the fact that the 0.4% was released by Sony BEFORE the system even went on sale. Telling fanboys to calm down doesn't make these problems go away.

(I have negative interest in the XB1, but burying this right off the bat--on the word of the co. selling the product, no less--is a sure sign that you're less journalists than you are shills.)