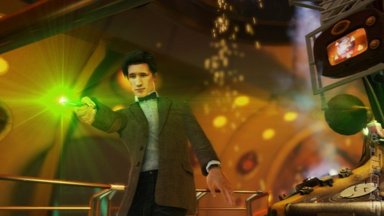 The BBC has confirmed that the two Doctor Who games planned to follow The Eternity Clock onto console have been canned.

"We will not be releasing any further Eternity Clock games, nor did any other go into production," Paul Joffe, VP of digital entertainment and games for the BBC told Polygon. "We also have no current work with Supermassive. We do have Doctor Who games in the pipeline and we will be announcing these in due course."

Joffe stressed that the BBC had and continues to have a good relationship with Eternity Clock dev Supermassive, but said it has no more projects in the works with the company.

The Eternity Clock got a poor critical reception. You can see SPOnG's review here.

The BBC's gaming focus will primarily be on mobile in the future, with a couple of exceptions. "We're determined to focus on mobile, console didn't fit into the long term strategic vision in cases where BBC Worldwide would publish," said Joffe. "We do continue to work with licensees closely on console such as our partnership with Microsoft on Forza."

Supermassive, for its part, has said it is focused on its survival horror game, Until Dawn. The last game to come of its partnership with the BBC, which extended beyond Who, is Wonderbook: Walking With Dinosaurs, due out next week.

Nov|'16
Until Dawn: Rush of Blood
Sep|'15
Until Dawn: The Surprise Multiplayer Hit of the Year
Jun|'19
A Plague Tale: Innocence
Dec|'18
Persona 3: Dancing in Moonlight / Persona 5: Dancing in Starlight