CoD Ghosts: PS4 vs Xbox One Leads to Interview Crack-Up 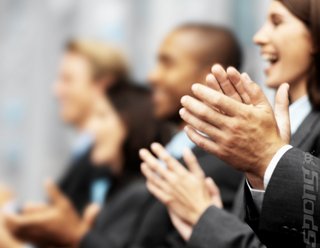 All hail, David Jenkins - editor over at Metro newspaper's GameCentral - for having the nuts to actually ask one question and then keep asking it. David's interview with Mark Rubin Executive Producer at Infinity Ward on Call of Duty Ghosts should be taught in Gamez Jurnalizims School from now on.

After some highly informed, polite and interesting questioning of Rubin about the game, Jenkins went for a simple but essential question: "So, just finally, I have to ask: why does the PlayStation 4 version look so much better than the Xbox One? Is the resolution really the only difference?" The things went wobbly.

Usually, Mr Rubin, like other game execs, appears in front of us hacks with PR people smiling at the pre-agreed questions while gently reminding the interviewer to 'respect your right of access to Mr X or Ms P's time' (shorthand for, "don't ask hard questions or you'll never speak with our company let alone Mr N again lovely"). The PR and marketing handlers remain in the background, never mentioned. So, what the hell happened here is beyond normal understanding (GC in this case stands for GameCentral):

Mark Rubin: [laughs] Yep, it?s the only difference. The TVs are different on some of them, but? they both have their different rendering engines but they?re as close as possible. It really comes down to resolution. Xbox is upscaled 720, it?s outputting at 1080p but it?s upscaled from 720. Whereas PlayStation 4 is native 1080p. So that?s really the only graphical difference. But it is enough. Some people here are saying they don?t really notice a difference?

GC: Was that the guy with the white stick?

MR: There?s actually some features that we?ve added to the PC that are definitively not on any other generation. We worked with Nvidia a lot with this, but we have a different form of anti-aliasing that?s really new and advanced ? that isn?t on current or next gen. We have a fur shader on the dog and on the wolves, they actually have a moving fur shader that works really well, for PC. And the third one, which I think is one of the coolest ones, is we?re using Nvidia?s APEX Turbulence tech to have smoke that actually wisps and waves and moves out of the way of objects.

GC: So is that something the new consoles can?t do or you just didn?t have time to implement it?

MR: No, it?s? well, you can do almost anything, almost. Tessellation can?t be done on current gen for the most part, because it?s a DirectX 11 feature, but we could still do it but you?d get a frame rate of 2. So that really becomes the reason we do everything: the reason the Xbox One is 720, the reason the PlayStation 4 is 1080 is we?re trying to make the game look as good as it possible can and making sure we maintain our 60 frames per second.

We maintain the latency and the speed and the things that people actually care about. Even if they won?t admit it, the thing that makes Call Of Duty popular is how it feels, because of those priorities.

GC: So the obvious assumption from all this is that the PlayStation 4 is definitely more powerful than the Xbox One, is that true?

GC: You can?t answer it on a technical level or because you?re being diplomatic?

GC: You can?t say whether you?re avoiding the question for diplomatic reasons?

[Even the attending PR guy is looking embarrassed by this point]

GC: Are the console manufacturers leaning on you to avoid these sort of questions?

MR: [even more embarrassed to us] Yeah, there?s things that we? We sign NDAs with the first parties [i.e. Microsoft and Sony - GC] and there are things that we?re not allowed to talk about.

We'd love to use more, but it's only fair that you read the entire interview over on Metro. And applaud.