Original Call of Duty Was Codenamed Medal of Honor Killer

The early days of CoD illuminated 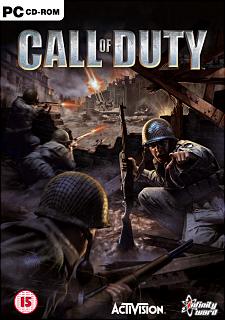 Oh, how things change. When Infinity Ward started work on the first Call of Duty game it was Medal of Honor that it had in its sights, to the extent that the game was actually codenamed 'Medal of Honor Killer'.

That's straight from the horse's mouth. A horse's mouth, anyway. MCV has a feature quoting numerous devs and staff from the early days of the franchise. ?I think the EA/Activision rivalry was even more intense then. We were really gunning for EA. We were desperate to narrow the gap and overtake it, which Activision eventually did," said former Activision VP Scott Dodkins.

"EA had games like FIFA, which we couldn?t compete with. But Medal of Honor was a genre we thought we could enter. So we were looking for a product that could emulate and beat it, and we came up with Call of Duty.?

?The project was actually named ?MOH killer? until an official name could be found. We were focused more on fun than success, with the idea that if it was fun, it would be successful," said Justin Thomas, former Infinity Ward artist.

The game was originally much more like Medal of Honor: Allied Assault - perhaps unsurprisingly, given that many of the devs at the newly-formed Infinity Ward had come from the team behind the MoH game. The game had a James Bond-ish protagonist out on a secret mission. Ultimately, however, the team shifted towards using more ground-level protagonists.

Now, of course, Call of Duty is top dog with Battlefield as its nearest contender. It's still Activision/EA wrestling for the top spot, but Medal of Honor has been put on the shelf, at least for a while.