Game is delayed to make it even more South Parky 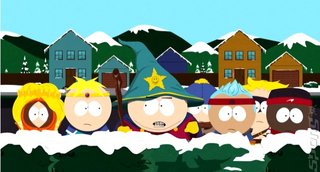 All Images (2) »
Look, basically, everybody give up and stop games now. South Park: The Stick of Truth has been delayed until next pigging year you douchebag muthafathers.

Yes, the game has been pushed forward (or back, depending on how you perceive time) to March 7th 2014. Why? Let's let Try and Matt tell you:

?We always wanted the game to feel like you?re actually in an episode of South Park,? say Matt Stone and Trey Parker. ?Getting the game up to the crappy standards of the show has been a real challenge and we're excited to say it's taken way longer than we thought it would.?