Blur Returns on iOS and Android

Joined by The Activision Decathalon 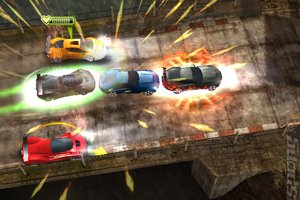 Blur, the well-reviewed but poorly selling power-up raced from now-defunct Bizarre Creations, has made a surprise return to our screens. The screens in question are much smaller than they were last time out - Blur Overdrive is a free-to-play racer for Android and iOS.

The Android version is set for release today via Google Play, while the iOS version is due on November 1st.

The release is part of a licensing deal struck with Activision by Marmalade Play. Also part of the deal is athletics game The Activision Decathalon.