3DS has another bumper month 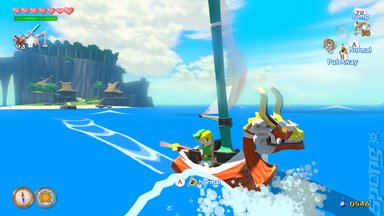 The Wii U has had a much-needed win over in the US, with Nintendo having announced that the console's sales were up 200% month-on-month in September.

This comes ahead of the full NPD report, due shortly. The report will also show that the 3DS had its fifth consecutive month as the best selling console in the US.

The Wii U sales boost was attributed largely to the $50 cut in price of the deluxe bundle. The release of a Legend of Zelda: Wind Waker bundle also got a mention.

Nintendo also noted that the price cut only came about halfway through the month. We'll see if it keeps the momentum going next month.
Companies: Nintendo
Games: Legend Of Zelda: The Wind Waker