The start of a trend? 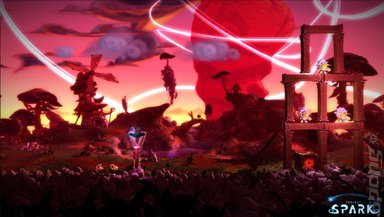 E3 2013
That's right. Up to present, all "free-to-play" titles on Xbox Live have been 'free as long as you pay us some subscription cash for Gold' - well, that could be set to change.

According to the platform holder's Community Manager Mike Lescault, posting on Reddit: "You will not need a Gold subscription to play Project Spark for free on any platform."

This hasn't been the case in the past, though. Games such as Ascend: Hand of Kul and Happy Wars require an Xbox Live Gold Membership subscription to download. Whether this lifting of a Gold requirement for Project Spark will extend to other F2P titles remains to be seen, but it's a promising move.

Project Spark is set for release on Xbox One, Xbox 360 and PC - with a beta version set for Xbox One in January 2014.

That's all we have for now, but once we know more, you'll know more. For the time being though, why not check out our Project Spark gamepage?
Companies: Microsoft
Games: Project Spark