An Amazing Spider-Man 2 Game is Happening in Spring 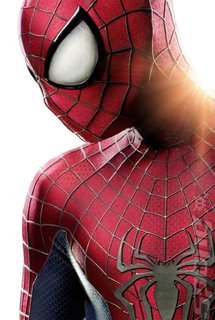 Honestly, if you're surprised by this we're sending Dan round to scowl at you, but: Activision has announced a game tie-in for The Amazing Spider-Man 2, due next spring.

Like last year's tie-in to the first film, the game is being developed by Beenox. It will offer an "alternative take" on the events of the upcoming movie. That sounds suspiciously like it will re-tell the events of the movie rather than offering additional story as the last game did, but we'll have to wait and see.

The in-game Manhattan will apparently be "greatly enhanced", offering "livelier, more engaging opportunities with which to put his sensational skills to use". There's also going to be a 'hero or menace' system in place which will see the city suffer the consequences if Spidey fails to keep crime in check. Activision says it "incentivises super hero behaviour". Clearly the power/responsibility schtick isn't cutting it any more.