Iwata: Nintendo not Good at Competition

Nintendo president Satoru Iwata tells it like it is 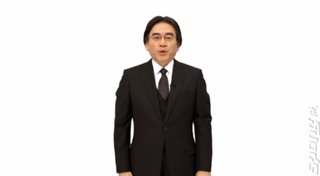 Nintendo president Satoru Iwata has used the B Dash Camp in Osaka, Japan, and some faux modesty in order to explain how his company - which many people see as being left behind in the console gaming race - actually works in the market. You may be surprised.

He began by speaking well of the dead and using this to indicate the future, "When we talk about Nintendo we cannot ignore (former president) Hiroshi Yamauchi who just recently passed away. He always said that if you have failure, you don?t need to be too concerned. You always have good things and bad, and this reflects the history of Nintendo."

He then told the crowd (as translated by The Bridge), "If you do the same thing as others, it will wear you out. Nintendo is not good at competing so we always have to challenge [the status quo] by making something new, rather than competing in an existing market."