More new entries than you can shake a stick at 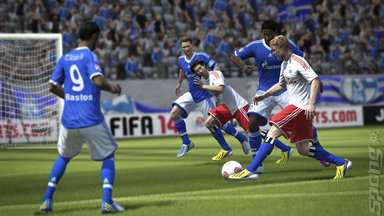 The Chart-Track UK video games charts are in for last week and FIFA 14 retains its #01 spot lauding it over both its main competitor Konami's PES 2014 and also GTAV.

This makes it the second week at #01 for FIFA and that's despite a 68% drop in sales compared to the previous week. But don't think that GTAV is under-performing.

It has, apparently, already surpassed GTA IV?s UK lifetime becoming the 12th best-selling game in UK history in unit terms and the fifth best-selling by revenue. It's also on course to beat Call of Duty: Black Ops soon.