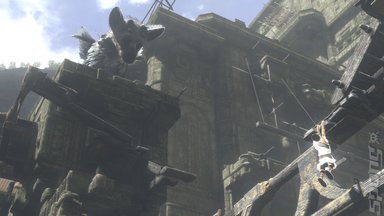 Everybody wants to play The Last Guardian - the new one not the older one but we all thought it was on hiatus. Not true.

The game has been quite the development comedy-cum-tragedy before it was announced the 2014 would probably see its appearance. But we were all lead to believe that it had ever been canned, it was merely on hiatus. Not so...

"Hiatus, I never... It was Jack Tretton! He used that term, and I said no, hiatus is misleading. It was a hiatus in terms of releasing new information. The game has never stopped - the team has always been here. They're going through the re-engineering of the game, so the team size is smaller, because it's more engineering focused right now," so says Sony Worldwide Studios boss Shuhei Yoshida in GamesIndustry today.
People: Jack Tretton Shuhei Yoshida
Games: The Last Guardian