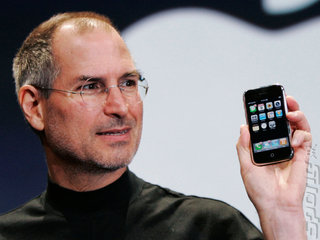 What follows from Richard Hilleman - chief creative officer of EA - looks very edgy and intense but is basically (and in the case of Steve Jobs totally true) right on the mark.

Speaking at the recent DICE conference in which game making minds got together to chew the fat and congratulate themselves in a TED sort of a way, Hilleman appeared to go heavy on the insults.

According to Gi.biz, Hilleman "said that the console industry has demanded too much from the consumer, with players turning to innovation in the mobile space for their gaming entertainment.

"I thank Miyamoto for that", he said, "But he's falling down on the job. And for the past five years that job has been taken over by a dead guy from Cupertino."

"We've asked for too much time, too much skill, and too much money, sometimes all at once," he told the audience at D.I.C.E. Europe today.

"Customers today... are generally looking for a single fabric of play. They want their game where they want it, when they want it, and at a price they can defend to other people."