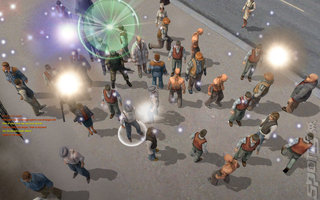 The founder of the company behind the game is being sued by the USA's SEC (Securities and Exchange Commission) for inflating his company's revenue's by... 1,300%. The SEC sued company CEO Troy Lyndon and his 'crony' Ronald Zaucha, in Federal Court.

Courthouse News reports that, the SEC "claims that Lyndon, CEO and CFO of Left Behind Games Inc., issued nearly 2 billion shares of stock to Zaucha as "purported compensation for consulting services" to the California-based company."

"The true purpose of the arrangement was to enable Zaucha to sell millions of unregistered shares of Left Behind Games stock into the market and then kick back a portion of his stock proceeds to the company in order to prop up its revenue at a time when it was in dire need of additional funds," the SEC said in a statement announcing its lawsuit." That's a hell of a fib.

"Zaucha sold his 2 billion shares for $4.6 million and kicked back $3.3 million, the SEC said in the complaint." That would be, well, quite greedy.

Also, according to the SEC, the company "touted itself as 'the only publicly traded exclusive publisher of Christian modern media' and 'the world leader in the publication of Christian video games and a Christian social network provider." So, that would be a lie.

We're not enjoying this because once upon a time that company tried taking us to court.