So, just the same as last year, but give EA your money anyway. 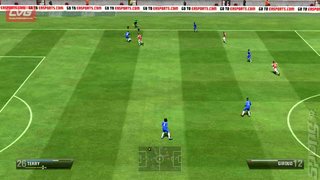 So, it seems that EA has done exactly the same as it did with the mobile version of FIFA last year - gameplay and game modes are identical to the previous year's, with different squads and kits... but hell, that doesn't mean it's not got a new iteration and a price of nearly Ł40.

The thing is, they're openly admitting it. In a recent Nintendo eShop update, the FIFA 14 description reads: "FIFA 14 Legacy Edition delivers unmatched authenticity that reflects the current football season with updated kits and rosters but no updates to gameplay or game modes."

Now that's all well and good, as long as consumers know what they're buying before making their purchase - we think it's a bit ludicrous to charge Ł39.99 though...
Companies: Electronic Arts
Games: FIFA 14