The man who moulded Nintendo is gone 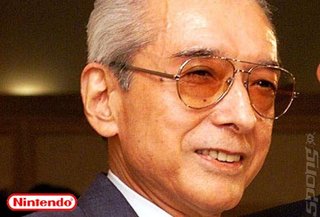 Hiroshi Yamauchi - who headed Nintendo out of its playing card making days into the new world of video gaming is dead aged 85.

Japanese newspaper Nikkei reported briefly this morning on the death of the great man giving no cause of death. Yamauchi lead the company from 1949 up until 2002 during which time 'Nintendo' briefly became the verb that described playing videogames.

Nintendo issued a statement in which the company made it clear that although Mr Yamauchi had left the board, Nintendo was in mourning over the "loss of the former Nintendo president Mr Hiroshi Yamauchi, who sadly passed away this morning."
Companies: Nintendo
People: Hiroshi Yamauchi