Activision rushes to confirm deal is still on 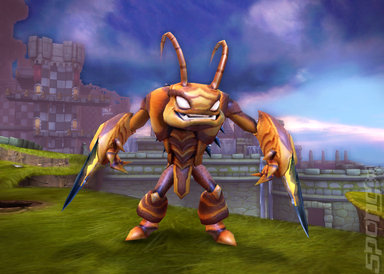 The $8.2 billion attempt by Robert - Bobby - Kotick and his team to buy out Activision/Blizzard from its current parent company Vivendi has hit a roadblock in the shape of the Delaware Chancery court.

Reuters reports that, "Last week, an Activision shareholder had filed a lawsuit against both parties, seeking an injunction to the deal. The company said the Delaware Chancery court had issued a preliminary injunction that temporarily put a hold on the closing of the transaction." For its part Activision has stated:

It also gave details of the proposed transaction:

"Under the terms of the transaction, the Company will acquire approximately 429 million Company shares and certain tax attributes from Vivendi, S. A. for approximately $5.83 billion in cash or $13.60 per share. In a separate but simultaneous transaction, ASAC II LP, the investment vehicle led by Activision Blizzard CEO Bobby Kotick and Co-Chairman Brian Kelly, will concurrently purchase approximately 172 million Company shares from Vivendi for approximately $2.34 billion, in cash or $13.60 per share. The closing of the transactions is also subject to the terms and conditions previously described in Activision Blizzard's report on Form 8-K dated July 25, 2013."

Reuters states that, "The shareholder sued the company, Vivendi and the investor group and claimed that the deal should not be completed as it was not subject to a majority vote of Activision's stockholders, excluding majority owner Vivendi and its affiliates.

"The court granted the plaintiff a temporary injunction on the closure of the deal, unless its order is modified on appeal or the transaction is approved by a vote by Activision's shareholders, the company said."