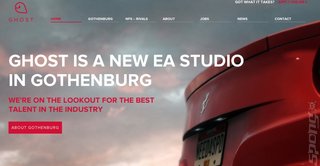 Ace driving game developer Criterion Games has split into pieces with the majority of the team becoming the UK off-shoot of Swedish based - and Electronic Arts' owned - Ghost Games to work on Need for Speed Rivals.

According to Criterion creative director Alex Ward, "Most of the Studio was committed to helping on Rivals. A small group of chose not to and began work on something new," he continued to provide some more detail.

"We would rather work a small team all focused on gameplay rather than a huge team split by discipline. We didn't want to take on 50 people when they are not needed. Too many folks too soon dilutes solving gameplay problems. Hence Ghost UK was formed from a load of Criterion folks. But 15 of us retain the Criterion identity and work in a new location.?

Develop confirms that, "A core team of 15 developers from Criterion meanwhile have moved on to a different project and new location."

Let's hope it's a return to the sort of form that Criterion's creative genius is famous for.
Companies: Criterion Games
Games: Need For Speed: Rivals