Set for October 31st and it will stick there too. 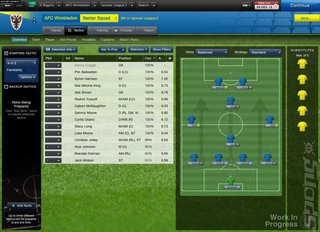 Sports Interactive and SEGA recently unveiled that Football Manger 2014 will be released on October 31st this year for Windows PC, Mac and Linux.

Alongside that, if you pre-order your copy at a participating retailer, you'll also receive access to a beta version of the game around two weeks before its release.

Now a lot of people don't like to put much time into a game beta, because, well, you'll only have to make all the progress again when the game's actually released... well, not this time. See, when you go from the FM 2014 beta to the actual game, your progress will have saved, and you'll be able to continue where you left off... neato!

Oh, we forgot to tell you guys there was a video to accompany this didn't we? We're ever so sorry - check it out: