Because GTA V's out next week... 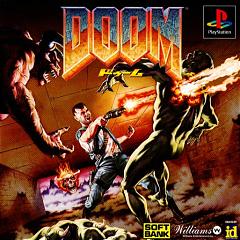 Fox, as part of its ongoing bid to arouse conservative Americans everywhere, has dusted off the old 'videogames cause violence' argument with some spurious evidence and some old case studies.

We're not going to recount the whole piece (titled "'Training simulation:' Mass killers often share obsession with violent video games") for you, but here are a couple of standout moments.

First up is Evan Ramsey, who killed two people and wounded two others in an Alaska high school in 1997. Fox quotes him as saying, 10 years later in a correctional facility, that, ?I did not understand that if I?pull out a gun and shoot you, there?s a good chance you?re not getting back up. You shoot a guy in ?Doom? and he gets back up. You have got to shoot the things in ?Doom? eight or nine times before it dies.?

It's difficult to blame Doom for someone's apparent inability to tell the difference between Doom and a classroom though, isn't it?

Further on, we get Fox saying that, "In some cases, murderers appear to have been reenacting specific video game episodes when they killed in real life." The article then quotes a Dr. Paul Weigle, a child psychologist, saying, ?Anders Breivik said he actually used his video game ?Call of Duty? to train for mass murder. He called it training simulation. And certainly there were some reports Adam Lanza saw Breivik as a rival, and he was also engaged in shooting games and even the same one.?

Breivik was behind the deaths of 77 people in a bombing and subsequent shooting spree in Norway back in 2011. He may have called CoD a training simulator, but try telling your football coach you're training when you're playing FIFA. It's difficult to imagine that CoD could prepare you in any meaningful way for the real act of murdering someone.

And how could they not pull out Devin Moore, who shot three police officers in Alabama and apparently was keen on GTA (the coming release of V probably inspired this piece). He reportedly said, after his capture, that, "Life is a video game. Everybody's got to die sometime." It sounds suspiciously like the soundbite of someone trying to sound cool for his mates, rather than a serious belief that the games made him do it.

In a vague effort to show a bit of balance, towards the bottom of the piece there's mention that not all psychologists believe there's a causal link, which is nice.

It's that causality issue that's problematic through the entire piece. It neglects to point out that huge numbers of teenage boys and young men play a lot of violent games, but only a statistically insignificant number of them ever kill anyone. If enough people play videogames, then some of the people who go out and kill others are probably going to also play games. Just like they probably also eat food and have noses.

Furthermore, if there is a link between the killings the article mentions and the fact their perpetrators played videogames, there's nothing to say the games in some way caused the killings. See again the fact that most gamers don't ever kill anyone. Common experience tells us that playing a game is not sufficient to send an otherwise balanced human being out into the world to start killing people.

If you want to get your blood to boiling point, here's the article. But maybe you can find the text elsewhere and not reward Fox's trollish behaviour with hits.
Games: Doom

(But oh, of course, Spong doesn't care when ideological stablemates are making such arguments, because consistency is for suckers, much like the rest of the gaming media who seems to actually believe, despite all evidence to the contrary, that left-leaning pols in America are games' worst enemy, while guys like Rick Perry, that demon from TX, is all about growing the biz.)

Not exactly pro-Clinton there were they?

MRXBOX n VAN BC 17 Sep 2013 03:43
3/3
I had a training simulation when i was a kid . It was called ACME . I would jump off the garage with an umbrella like Willy C Coyote or hold it i think it was MARRY POPPINS who gave me this idea . HELL WE SHOULD BAN ALL CARTOONS AND MOVIES LIKE MARRY POPPINS FOR CORRUPTING YOUNG MINDS .
WHY IS IT THE COUNTRY WITH MORE GUNS THAN STUPID PEOPLE , always THE ONES CUMMING UP WITH THIS GARBAGE . MAYBE STOP SELLING GUNS OVER THE INTERNET WOULD BE A GOOD START U FckN LOSERS !!!!!
Posting of new comments is now locked for this page.