Remedy Adds Epic Man to Board 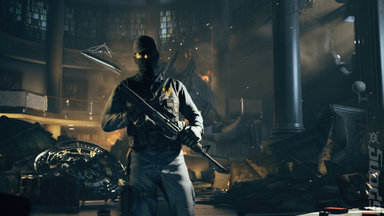 Whatever you made of Alan Wake and its attempt to draw old media techniques (TV episodes) into the world of new media (gaming) you can't fault the verve with which developer Remedy went about this shoehorning. Now it's added more savvy to its next game-to-TV plans.

The company is currently working on yet another project, Quantum Break (as far as we can tell, that's a very, very, very, very, very small break) and has now taken on the mind, body, spirit and soul of former Epic Games president Mike Capps and on a strongly business footing of F-Secure president and CEO Christian Fredrikson as board members.

Capps appointment obviously maintains a strong Microsoft relationship (given Epic's links in the past). GamesIndustry quotes CEO Matias Myllyrinne stating that: "For us it's about creating something new and innovative and cool, and Microsoft is a great partner for that.

"They can allow us to punch above our weight; they have the resources at their disposal to help us create the vision the team wants to build."