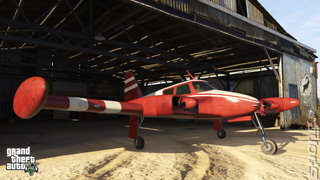 With GTA V just around the corner, "industry experts" believe that it will "rewrite the record books, shifting 25 million copies in the first year alone, achieving sales of Ł1bn."

Now that's one hell of a lot of sales, but what do we really expect when Ł170 million and five years hard work has gone into it?

In fact, folk are so confident that GTA V will do well when it's finally released, "shares in Take-Two Interactive, Rockstar?s parent firm, have nearly doubled in value in the past year."

And let's be fair, there's very good reason to believe that GTA V will break records, when Brian Baglow, who helped to write the first GTA game and went on to run the Scottish Games Network (an umbrella body for the nation's games sector) said "Grand Theft Auto is easily Scotland?s largest cultural export ever. The series has sold something like 135 million copies so far?.