Gaikai's PS4 Launch in Europe Could be Delayed by Broadband Concerns 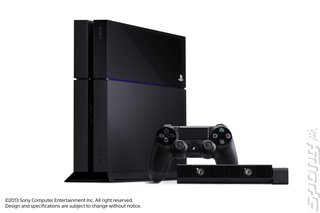 The launch of Gaikai, which is set to stream PSOne, PS2 and PS3 games to the PS4, is facing delays in Europe thanks to concerns over broadband.

SCEE president and CEO Jim Ryan told Edge that, ?The plan is to begin with North America next year and the plan is to provide a streaming service that will allow for PS3 content initially to be streamed to firstly PS4 then PS Vita and then PS3.

?And so that will happen in 2014 in North America initially. Now, and I touched upon these issues of broadband in Europe during the presentation ? Europe is of course on the roadmap for that service to be deployed at some point in the future, but for reasons outside of our control we don?t yet have a timeline for it.?

Ryan explained that this is why the service wasn't discussed at Sony's pre-Gamescom conference. He said they didn't want to "start talking about the virtues of this great cloud-based service without knowing exactly when it?ll come to Europe."

Pressed on the matter, Ryan wouldn't commit to a 2014 launch for the service in Europe.