More costumes than you can shake your sword at 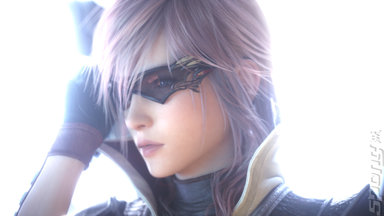 Oh, and you'll get to see some pretty intense FF-style fights too - check the trailers below!

Milu 29 Sep 2013 22:11
3/5
The best way to develop legnthy hair is having a Scalp therapeutic massage and by utilizing a hair oil. Scalp massages are quite simple. These are executed as follows. You take a little bit oil and use it on to your scalp and then make use of the ideas of one's fingers to therapeutic massage the oil in. start off at the base of one's head and function your way as much as the front. Whatsoever oil you utilize be sure you let the oil to sit down in for at the very least an hour after which wash it out http://lwixmm.com ljsyepvjd [link=http://buluaslyla.com]buluaslyla[/link]

Elena 30 Sep 2013 02:45
4/5
Please tell me that youre going to keep this up! Its so great and so important. I cant wait to read far more from you. I just feel like you know so very much and know how to make <a href="http://iyvbvpogils.com">peploe</a> listen to what you've got to say. This weblog is just as well cool to be missed. Wonderful stuff, genuinely. Please, PLEASE keep it up!

Zarya 30 Sep 2013 09:48
5/5
9.25/10When Grand Theft Auto III came out(the reason i got a PS2 way back in 2001), i knew something great was in the mix. it was a sign of change in the gaming industry. it showed us there could be more to games than levels, more than high scores, and more than even a good story. it showed us a virtual world you could become totally engulfed in(outside of RPG’s). a world where you could go anywhere and do anything(although that was just mostly stealing cars and shooting pedestrians in those days). over the years they’ve made some serious improvements, from the bikes and helicopters of vice city, to the jets and ability to duck and roll/ manually aim in san andreas(finally!) and now their first venture onto this generation has finally arrived, and its a great day in the gaming worldthe series continues to awe with this installment, even in this day and age in video games. Graphically speaking, it is simply beautiful. its amazing how much attention went into every aspect of this world. theres cracks and pot holes ranging in depth in the road, and varying curb heights. vehicle damage is very impressive, from dents and scratches to a hole for each bullet that hits. the lighting system is amazing, with day/night cycles and a rotating sun throughout the day. naturally the game doesnt have the detail of say Call of Duty 4, but you could fit like 50 Call of Duty 4 maps in this city! its that huge. you have to take the size of a game into consideration when rating the graphics, thats been a given for how long now?? just to clear things up for the clowns complaining the graphics.when you walk out the door theres so much to be done you might want to keep a checklist for the days. although what you actually choose to do is up to you. causing chaos is always an option. you can go bowling, play pool, play darts, get drunk, go to a srip club, get some food, check out the in game internet, and tons more. you could always just surf the channels on your TV.your cell phone is a pivotal part of the game. you can call friends and girlfriends for various activities(some are listed above), and if you neglect them for long enough, they’ll call you. you can also call potential employers for jobs.theres the standard “go kill this guy” and “go get this” but they have been very entertaining anyway so far. theres much more depth to many missions, including stealth. one example is having to steal a cop car, then proceed to pull over different shipping trucks until you find the one full of TV’s.gameplay is vastly improved. the cover system is great, allowing you to quickly roll and protect yourself behind random cars, trash cans, and basically anything else thats big enough.the game has a much more realistic feel than previous entries. you’ll find yourself making sure theres no cops around before committing crimes. the star system is still here, but this time your wanted level is radius based, and if you can get far enough away from all cops, or at leased out of sight, your wanted level will go down. its honestly genius. i narrowly escaped one by jumping the guard rail and running down a steep hill, only to see another driving my way in the distance. quickly ducking into the alley behind a dumpster, i watched him roll by and waited for my stars to begin to fade. some cars are locked and you’ll need to break a window to get in and proceed to hotwire it.-for all you parents out there, the content is more mature than previous entries. you get a pretty good look at the in-car action with the street workers.. hehe.. and “coarse” language is used every couple minutes(at leased). the violence and blood looks more realistic now too. thats usually not what you guys worry about so much though.my only real complaints are the hand to hand combat(its the most solid of the series but San Andreas seemed to have more move depth), and the fact that you cant go into more buildings. dont get me wrong, theres TONS of places to go and things to do, but i was hoping for even more. there have been waaay too many things that made San Andreas great and were simply missing here. no car customization, less clothes, less weapons, no property to buy, and more.. in some ways its one step forward and two steps back.i wont elaborate on the story much, as its already been done heavily. basically your an illegal immigrant from eastern europe. your cousin convinced you to come to America with his stories of mansions and sports cars. when you arrive things arent quite as described. you start in the darkest, grittiest part of Liberty City. a pocket full of change and a head full or dreams. what happens next is in your hands.. best credit card apr creditcards 0%
Posting of new comments is now locked for this page.