PlayStation Home is Dead in Asia

No more updates for the failed experiment 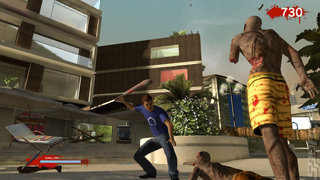 Playstation Home never really got the love and attention it deserved after Phil Harrison moved on from Sony. Now, in Japan and other Asian regions it is basically dead.

While this does not mean that the service/site/area - we're still not sure what to call it - is to be closed down immediately, it's merely going to be starved to death.

What does it mean for the rest of the world?