Lush is not the word. 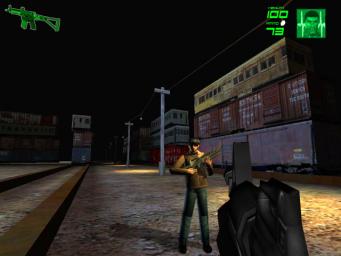 All Images (3) »
Ambitious UK publishing outfit Bam! Entertainment has released the first screens from the PlayStation 2 version of its first-person shooter Ecks Vs Sever. The game drew huge attention when it was first shown for Game Boy Advance last year, due to the fact that it was the spawn of the first true 3D engine to be seen on Nintendo?s portable.

In what could be described as a Spy Vs Spy 3D update, Ecks Vs Sever pits two spies, one male and one female, against each other in a tie-in with the movie of the same name, also due later this year.

As you can see, the game is Deus Ex-styled with super-slick presentation, and will run over 20 single-player levels along with a multiplayer game.