EA Didn't Give a Sh*t About FIFA

The soccer game was off to a rough start 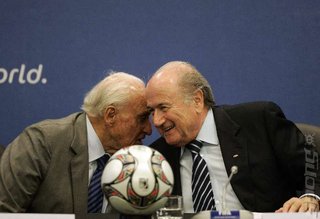 All Images (2) »
When Electronic Arts initially decided to get into soccer video games the idea that one day the series would help to prop up the company's fortunes rather than drag into the world of the niche was a complete anathema. So says a beautifully crafted new micro-history of FIFA Soccer's genesis (pun intended).

Neil Thewarapperuma was EA's European marketing manager in 1993 when the game was proposed: "EA didn?t give a shit about FIFA", he says.

Chris Dring over at MCV crafted this tale, using excellent research and not a bit of wit.

The love of the sport in UK had, however, convinced Neil T' that football was going to be the only way to get the EA Sports brand in this territory and into Europe as a wider one.

We'd hugely recommend you read the whole piece. It's brilliant.