Make your desire to play god or God work for EA! 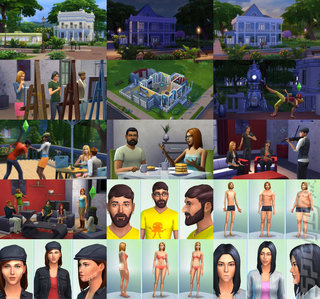 All Images (2) »
The Sims 4 it's one of those title that people who like to think of themselves as hardcore gamers look at and snort before going off to be shot at in an FPS. Well, it's got images ahead of its 2014 release.

Yup, new images for The Sims 4, the game in which rather than being cannon fodder or a machine gun shell depository for some 14 year old, entitled American kiddo, you can actually play god. It's not out until 2014 but the images look interesting.

As you can see from the main image - which you can blow up to enormo size over here there are fat and skinny folk, lads, lasses and people of all kinds.

The images were 'leaked' to AGB
Games: The Sims 4