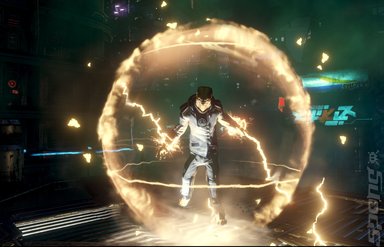 After a flat-out denial from Bethesda that Arkane is developing Prey 2, leaked emails apparently obtained by Kotaku appear to show otherwise.

The site claims that while Arkane's Lyon, France studio is working on a follow-up to Dishonored, its Austin, Texas location is charged with developing Prey 2, once being worked on by Human Head. The game is said to be planned as a spiritual successor to System Shock 2. Kotaku claims that Arkane will be starting on the game from scratch.

The email Kotaku has a screen capture of comes from Arkane CEO Raphael Colantonio and appears to be addressed to everyone at the studio. It has the subject header 'Prey 2': "For the ones who were not at last week's company meeting: Austin has officially been green lit for its own project!

"This is super exciting of course. Doing a new IP was not a possibility because it's adding risk to the challenge of growth, so after going back and forth with Todd, Harvey, Ricardo, we decided that Prey 2 presented an interesting opportunity if we could reboot it. Zenimax accepted our pitch which was 'the spiritual successor to System Shock 3'."

The email is dated May 27th. That's a few days before Kotaku first reported that Arkane was working on the game. The rumour was denied at the time, then again just two weeks ago.

When asked by Rock Paper Shotgun whether Prey 2 had changed hands two weeks ago, Bethesda spokesperson Pete Hines said, ?No. All of that stuff, I have no idea where it came from. The Human Head Prey 2 thing is the Human Head Prey 2 thing. Arkane is over here, and they?re doing their thing, and that?s for them to work on. We?ll be ready to talk about what they?re working on when it gets closer to release.?

Despite the above denials (which, it's worth noting, does leave the possibility that Arkane is doing a 'Prey 2 thing' that's not the 'Human Head Prey 2 thing'), a delightful message allegedly sent right after Kotaku's May report says, "Now that the news is out, We'll be contacted left and right by press sneak f**ks who will want to know more. Please don't answer to any of their requests." That's Colantonio again. Lovely.

There are three possibilities here: Kotaku is making this stuff up (which seems unlikely), Kotaku has one or more duff sources, or Bethesda is deliberately misleading us. The company was certainly vague in its statement issued in light of the alleged leaks: "We aren?t talking about what Arkane is working on and we have no new information to share on Prey 2."

It's going to be embarrassing for Bethesda if/when a change of developer for Prey 2 is announced.

king skins 16 Aug 2013 10:23
1/1
I thought the concepts for the original Prey 2 looke pretty good. Nothing like the original, but pretty exciting.