As England take on Scotland, all happy hell breaks loose in the hearts of true gamers 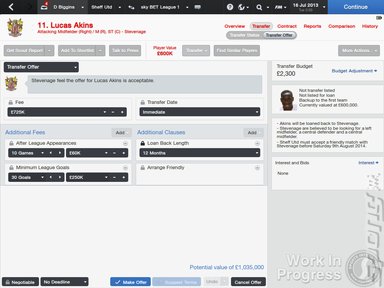 All Images (36) »
Football Manager 2014 is announced on the same day that England play Scotland at the rubbishy new Wembley Stadium, coincidence? Yes.

The news does, however, enable us to talk about the long and bloody history of footballing conflict, often resulting in drunken rages, friends and even marriages falling to bits going back so many years that actual facts get lost in a haze of legend and footy myth. And we could mention the England vs Scotland games too. Anyway, there are as you'd expect many additions to the new incarnation of Football Manager.

The game will be out 'before Xmas'...