EA Sports going all out in this year's soccer war 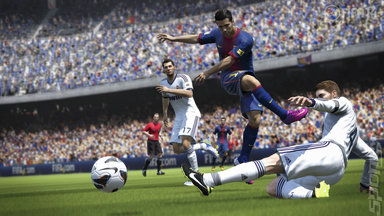 One thing that Electronic Arts can't rely on is that its FIFA footy game series will dominate in the annual war with Konami's Pro Evolution Soccer. So, the American video games giant is going all out with a pre-launch marketing. Take this new video for example.

The realisation has hit this year that beginners to football video games have always found one thing rather tricky to master at first: scoring goals. That's a problem for extending the games to new audiences. Ergo, making goal scoring that bit more 'realistic' yet at the same time not making it too difficult can gain new players and make more money. So... let's see how goal scoring works in FIFA 14.