Kingdom Hearts 3 Will See an End to Decade Long Battle 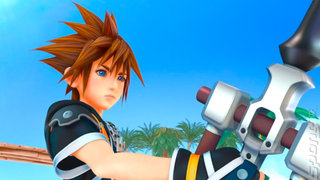 Back in 2002, we set out on our journey as Sora in the first Kingdom Hearts game. Accompanied by his two companions, Donald and Goofy, Sora accumulated many enemies throughout numerous spin-offs. Now, in Kingdom Hearts 3, all those battles will come to a conclusion.

From a Kingdom Hearts 3 design point of view, nothing much has been said at present. Nomura did mention that fans should pick up a copy of Kingdom Hearts 3D: Dream Drop Distance if they?re looking for clues as to where he?s heading from a game-play perspective.

Of course, he would say that, he's earning money from it. We'll have more on Kingdom Hearts 3 as it unfolds, but why not check out the gamepage for now?