EA on the Mirror's Edge 2 Hold-Up 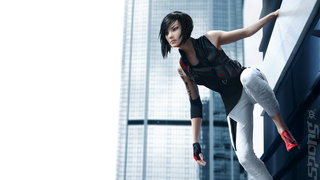 There were years of fan-bafflement between Mirror's Edge and the announcement of its sequel at E3. Most assumed it was dead. Many didn't really understand the silence on the matter. So, what took so long? Apparently it took developer DICE that long to get the right pitch for the property.

Speaking to Gamereactor EA VP Patrick Söderlund said, ?It?s taken this long because we wanted to get to the right concept and the right idea. And Sara Jansson who is producer on it, when she pitched her idea to me and Karl-Magnus, the GM for DICE, I was frankly blown away. I?m like 'Finally, you?ve got it!'

?And when you hear something like that... She pitched an idea that frankly could only be built on gen 4, is a stunning concept, and when she came to us we knew we had it. And yes, we?ve been testing ideas and we?ve been prototyping stuff, and I?m glad that we waited to get the right idea.?

Let's hope they have, in fact, nailed it.