The figures are in and EA is creaming it 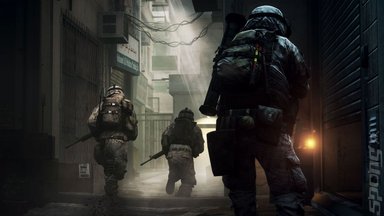 Electronic Arts has released its first financial quarter results for the year 2013/2014, and despite all the doom and gloom elsewhere in the world, EA is doing well: total net revenue for the quarter ending was $949million compared with $955 for the same period a year before.

How the hell is that "doing well"? The fact is that EA's Digital Revenues are up, and they're up a long way. Essentially this is hugely more profitable in the long run for the company than the older, boxed (Packaged) revenues that involve giving cuts to retailers and logistics. How much was the difference?

Well, in the three months to June 30th 2012, the company's net profits from digital equated to $342million. This time around it was a comparatively whopping $482million.

And here are some examples of how this is being achieved according to EA itself:

"Real RacingTM 3, the #1 racing title on iOS, has generated more than 45 million downloads, and has averaged over 2 million daily active users since launching in March.

"The Battlefield 3TM Premium community continues to grow with over 4 million members to date.

"FIFA Online 3 digital net revenue in grew 88% in the first quarter compared FIFA Online 2 in the prior year, and was the #1 online sports game in Korea based on revenue and traffic."

Let's give that some context using Battlefield 3 Premium subscriptions as a guide. In May this year these were said to be at 3.5m subs. Two months later, it's 4million.

It's a non-brainer for big publishers: Microtransactions and digital downloads combined with sticky loyalty via 'social features' are the way forward.
Companies: Electronic Arts
Games: Battlefield 3