Beyond Good and Evil 2 - to Big for Current Gen Consoles

Lucky that new consoles are coming to make it possible. 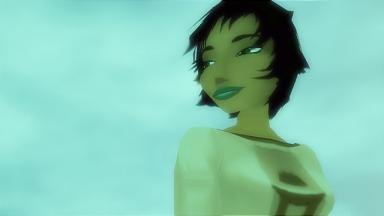 According to Michel Ancel - the man who brought us the game apparently based on a book by dour German philosopher Friedrich Nietzsche called Beyond Good and Evil but not has been talking about why we've not yet had a sequel.

It's not because of any internal wrangling or studio problems or the fact that nobody wanted the game, it was simply because neither the PS3 and Xbox 360 were up to the job, so the game skipped an entire generation. Here's what he said about the old:

"I think we were doing something too big for this period. Honestly, it was too challenging to put that on [current] consoles. I don?t say the consoles were not good enough, I don?t say the team was not good enough, but you have to scale what you want to do and the console itself. I think now with those new consoles arriving, yes, we want to try again making that game. I would say it?s surprising, as we want it to be. Not just a sequel, but something that really makes all the ideas that we had for the first one possible now with these consoles.?