Dishonored and Rage sequels might be on the cards 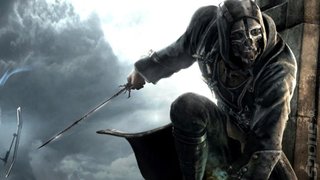 Bethesda's vice president of PR and marketing, the ever quotable Pete Hines, has been talking in business talk about whether a possible Dishonored 2 is on the cards.

He explains, ?In general, we try not to wade into anything as a one-off in the first place so yeah, for sure. The success of that game and how proud Arkane is of it and what goes on at any studio when they put out something like that and all the ideas that are coming out, certainly it?s something that we feel is a franchise.?

When it comes to Rage 2, he said ?To be determined. We?ll see. Right now, [Id?s] focus is on their current project. They are full bore on that. What I?ve seen of it recently, I?m super happy about it. We want them to stick to that until we?re ready to talk about what that is. But let?s wait until we get there first.?

So, what do you guys think? Do Dishonored and Rage deserve sequels? Or should Bethesda focus on new projects?