UK Chart: Minecraft Creeps After The Last of Us 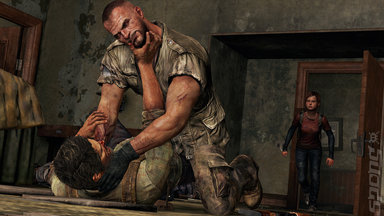 E3 2012
It's alive! It's aliiive! The UK games industry got a bit of a kick up the backside this past week, with a number of new entries in the chart this morning. Although four new games have struck the Top 10, not one of them has managed to topple Naughty Dog's The Last of Us from the top spot. It's the blockbuster game of the summer!

Microsoft has realised that it can't rely on shooty shooty bang bangs all the time, and has reaped chart rewards for taking the plunge and publishing the physical retail version of Mojang's exceptionally popular cartoon building game Minecraft. It debuts at #2 this week, knocking Nintendo's Animal Crossing: New Leaf to third place.

Other new entries include EA' Sims 3 expansion, Island Paradise, at #5, Activision's Deadpool at #6 and SEGA's Company of Heroes 2 at #10.