Space Hulk Devs on the Difficulty of XBLA and PSN

And where Microsoft told them to go 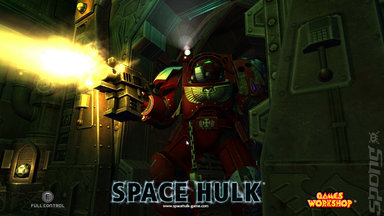 You would think that with a rock solid Games Workshop IP behind you, getting onto Xbox Live Arcade would be easy as pie. Apparently not. When our very own Chris O'Regan caught up with Thomas Lund, CEO of Space Hulk developer Full Control, he told us about the current difficulties of the digital console marketplaces and where Microsoft told them to go.

SPOnG: Space Hulk is coming out on PC, Mac and iOS, any other platforms planned?

Thomas Lund: The first wave is on those platforms you mentioned and then we're going to look at the performance of the game sales-wise to see how well it does. Taking a look at that point in time we will then consider what kind of platforms do we want to support. Android tablets would be an obvious one and another direction would be to go digital console i.e. XBLA and PSN. These platforms are, however, in transition now, so it's difficult for us to commit to anything.

SPOnG: We certainly are in a difficult time for developers in terms of what console platform to go for.

Thomas Lund: We approached Microsoft originally and they said no as we had a deal with Steam so they can't do an exclusive release on their platform. They then told us to go find a publisher and get back to them. We never did.