To pursue other interests. 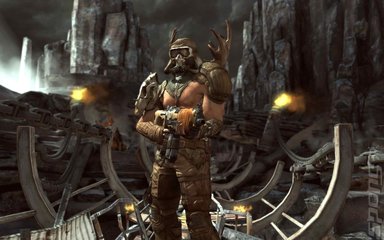 id Software president Todd Hollenshead has left the studio. Bethesda confirmed the departure in a statement that spoke of a desire to pursue "other personal interests".

"After many years with the studio, Todd Hollenshead decided to leave id Software to pursue other personal interests," said Bethesda's Pete Hines to IGN.

"While Todd was not part of the development teams, he was an integral part of id Software?s success as the business head of the studio and we wish him the very best in his future endeavors."

id Software was acquired by Zenimax, Bethesda's parent company, in 2009. Shortly after, Hollenshead's role changed from CEO to studio president. Since the buyout, the company has arguably had some development and organisational issues, which hampered the release schedule of Rage and continues to do the same for the highly-anticipated Doom 4.
Companies: Bethesda id Software