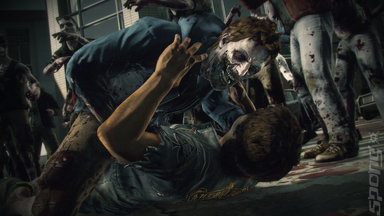 E3 2013
It was kind of expected, by the way the developers were bigging up the technology at Microsoft's E3 press conference, but Capcom has confirmed that its Xbox One exclusive Dead Rising 3 will feature missions that will require SmartGlass tablet or phone integration.

Executive producer Josh Bridge explained that, by using a mobile device hooked up to the console via the companion app, the player can engage in special challenges as the protagonist interacts with an in-game phone.

"After you launch the [SmartGlass] app, it notices that Dead Rising is currently being played, press a button, and in kicks our phone. It actually skins your phone to be like the phone from the game's universe," Bridge told Siliconera.