Art style may be an initial turn-off. 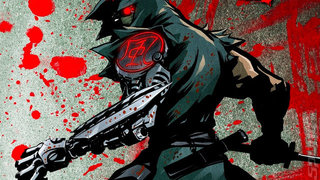 Yaiba: Ninja Gaiden Z looks crazy. And fun. But Team Ninja is not leading development on the game. Western developer Spark Unlimited is behind the project, with assistance from legendary producer Keiji Inafune. And the Mega Man creator has said that Yaiba will initially find difficulty in Japan due to its American graphical style.

In an E3 session, Inafune - who revealed that he had to heavily convince publisher Tecmo Koei to collaborate with a Western developer in order to create international success - said that the game's graphical novel art style could turn Eastern gamers off. But they will come around, once a demo is released.

"It is because it's a visual style of American comics, which was developed by Spark Unlimited," the creative said. "It is different from a lot of Japanese games. But we believe our chance is to gain interest through its uniqueness. Once Japanese players demo the game they will realize it is not an American game; It is a fun game. All bias will be gone and we will bridge the gap by doing so."

The game is set to land on Xbox 360 and PlayStation 3 in 2014. A spinoff of the traditional Ninja Gaiden series, you play as a deadly rival of Ryu Hayabusa's, who has to take some time off from enacting revenge by taking on... well, watch the trailer below.