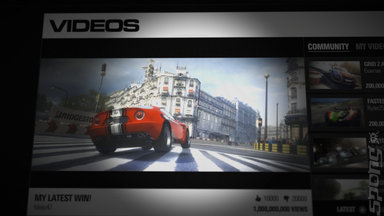 It's two weeks at the top for Codemasters in the Chart-Track All Formats Chart UK video games chart as Grid 2 despite a 52% sales drop keeps Capcom's Remember Me from the #1 position.

Says Chart-Track, "The racer is still well ahead of FIFA 13 (-36%) which holds the No2 for a third week ahead of two of this week's new releases. Capcom are back in the Top 10 with Remember Me new at No3. The new IP is developed by French studio Dontnod Entertainment and just edges out another new comer The Elder Scrolls V: Skyrim Legendary Edition at No4. Bethesda's new release includes all the downloadable content and expansions breathing more life into a title which first appeared back in Week 45 2011.