Zelda Producer Would Like to Work on Something Else Before Retirement

But he still has a lot of love for the Zelda franchise. 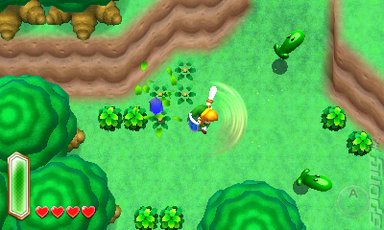 Nintendo producer Eiji Aonuma is looking towards the horizon. He sees his inevitable retirement on it, and has said that he would like to try making games other than The Legend of Zelda before he gets there.

"I?m 50 now, so I only have about ten more years to make games at Nintendo. I want to try all sorts of new things before it?s too late ? I don?t want to get to the end of my career and only have worked on Zelda," Aonuma said to EDGE's print magazine (via VG247).

"But every time I come up with some good new ideas, they end up being used in a Zelda game! I need a six-month break to get away from the Zelda cycle and focus on something new," the creative laughed. "But I?d probably end up making a game that is similar to Zelda; after all, A Link to the Past was my biggest influence."

The producer is currently working on a successor to A Link to the Past on 3DS, as well as no doubt overseeing the HD remastering of Wind Waker on Wii U. He also recently confirmed that Nintendo will be making a brand new Zelda game for Wii U. Let's hope he has a chance to escape from the cycle soon.
Companies: Nintendo
People: Eiji Aonuma
Games: The Legend of Zelda: A Link Between Worlds